Yes, there’s a fifth season. In Chinese Medicine there are 5 “phases” or elements and each element creates a category of things that correlate with it – tastes, diseases, smells, emotions and seasons.

But there is some misunderstanding about what the fifth season actually is and to clear up that understanding we have to look back to the classics.

The information in this post is for general purposes only and does not constitute medical advice.  This post does contain affiliate links, for which I will receive a small commission at no additional cost to you. For more information please see my privacy policy.

For every element, there is a season

Part of the elegance of Chinese Medicine is that everything falls into a category: yin versus yang, interior versus exterior, heat versus cold, etc.

In the case of the seasons, each season correlates with an element:

In fact, he explicitly states:

The energies of all things on earth are born in spring, grow in summer, yield in autumn and hide in winter, they are all promoted by the law of variation of Yin and Yang energies of the four seasons.

But you’ll hear many acupuncturists talk about a fifth season – late summer – which, theoretically we are in right now. But it isn’t until Chapter 4 of the Nei Jing Su Wen that we see a mention of this fifth season.

Once again the centrality of Earth energy is mentioned and the fifth season isn’t associated with a wind disease and isn’t mentioned again for a couple of paragraphs.

Then, Chapter 5 returns to talking about the four seasons. But then talks about five.

The Season of Politics

It all comes down to politics.

You see, the Nei Jing wasn’t written by one author. It was written over the course of 600 years seeing the birth and death of many emperors and as a result, many regime changes.

The development of the 5 Phase System or the 5 element theory took 300 years, overlapping the writing of the Nei Jing by a relatively measly 200 years.

It wasn’t until Confucianism and its love of political order was firmly established that the Sheng Ke cycle as we know it was firmly in place. That’s the cycle of the elements that looks like this:

The 5 Phase system as we know it today has every element on the outer ring of the diagram. Wood (spring) leads to fire (summer) and to earth (late summer) and so on. This is the “generation” cycle and is denoted by the green arrow. But this method wasn’t commonly used until the Song Dynasty – 960 – 1279.

Until then, the understanding of the phases looked more like the wheel of the year:

Earth still exists as an element in this season, and as such we need to address it when living seasonally. But if each season is three months and there are four seasons, how do you practice living in the fifth season?

“The Spleen belongs to Earth which pertains to the Center, its influence manifests for 18 days at the end of each of the four seasons and it does not pertain to any season on its own”.

This means that the fifth “season” occurs (approximately):

Living Seasonally in the Center

The Ancient Europeans had a fifth season too – Spirit. And the correlating element for direction and meaning in Chinese Medicine? Earth. Centering yourself seasonally is about coming back to your spirit. How beautiful is that?

According to the Nei Jing Ling Shu (Chapter 70)

“The symbol of ‘Extensive Activation of Energy’ which is the moderate energy of earth is the coordination of thickness of the earth energy with the harmonious energy of heaven. The energy spreads in all directions causing the activities of the five elements to become prosperous simultaneously.”

What it really boils down to is that Spirit and Earth are about transition – the transition of a basic energy or substance into one of the other elements. So this season is about gracefully accepting change.

A Lifestyle of Transition

When the world around us is changing it’s important to eat simple, nourishing foods that bring us to the center and harmonize. My favorite recommendation is sweet potato (which many of my patients know) but other good choices include:

Remember to eat in moderation – the fifth season is about harmony and centrality. Extreme dieting or feasting can upset our digestive system at a time we are giving it a chance to restore.

Paul Pitchford has much more detailed recommendations for this season in his book “Healing With Whole Foods” which is a regular resource in my home library. (affiliate link)

Whatever helps you find your center and come more into yourself, do that. That may be journaling or meditation. Or it might be more active yoga or qi gong. I have some patients who find their happy place by going running. So long as you’re doing it mindfully and it brings you back to yourself, do more of that.

A note of caution on more vigorous centering exercises, this isn’t a time to push yourself for personal records. This is the season of moderation.

This is the time to find ways to get your hands in the dirt. While this may be difficult in the dead of winter, you could always consider a potted plant to add some life to your home (and naturally purify your air!).

You can take this one step further and grow your own food!

Consume only what is needed

The Spleen/Stomach systems are about how we process what we take in and, ultimately, the waste we produce because of it. Use this time to be mindful of what you take into your life – mentally, physically, spiritually and emotionally – and determine if you really need it. And if you find yourself taking in something you don’t need or producing things that impact the world around you negatively, make some plans on how you can reduce that impact.

While a lot of living seasonally is about nurturing yourself, this time is a perfect time for you to mindfully nurture others. Take a sick friend some food, volunteer at a food bank or shelter, help someone else in need. Imagine if everybody took 18 days a season (72 days a year!) to mindfully nurture the world around them.

A little late to the party

You’ll notice that this blog post was written on the second to last day of the summer transition. It was somewhat intentional because these next few weeks are what are commonly considered the “long summer” and therefore the fifth season. But Wednesday, August 1st is the beginning of autumn and we’re going to be turning ourselves towards relaxing into winter.

Without the appropriate three months to prepare, winter can be hard. And if we’re spending a few weeks focusing on a transition at the wrong time of year we are out of rhythm with nature.

Even though this is being posted at the “wrong time” it will always be here for you to look back at through the magic of the internet. And keep an eye out for the next post on living seasonally so we can prepare ourselves for winter.

Featured photo and cover image by Jackson Jorvan from Pexels

Jessica Gustafson is a licensed acupuncturist in St Paul, MN specializing in women’s health and fertility. She loves working with patients through the Health Foundations Birth Center on Grand Avenue in St Paul as well as doing home visits in the Twin Cities area. Check out the services page for more information!
​
​Follow Reverie Acupuncture on Facebook, Pinterest and Instagram for updates! 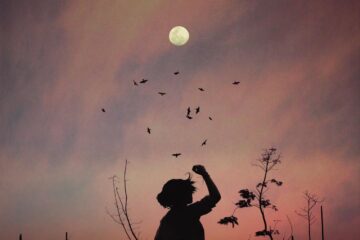 Have you turned on your air conditioning yet? I don’t know what it is about 2020, but a hot and humid Small Fullness seasonal node is not what I expect from Minnesota. This year is Read more… 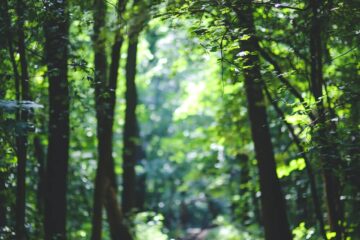 Finding your Fire in the Beginning of Summer

If there has been one comfort during the Corona-crisis it is the constant of change. The natural world’s impetus for change can’t be denied or prevented by any being, mammal or virus, on this planet. Read more… 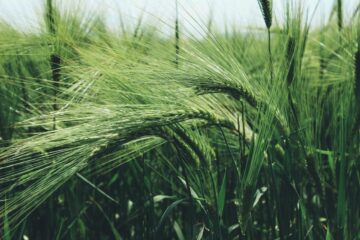 April is over halfway gone and summer is finally on the horizon. Our windows are at least cracked most days and Minnesota had its first thunderstorm. And with that rain and lightning came the final Read more…